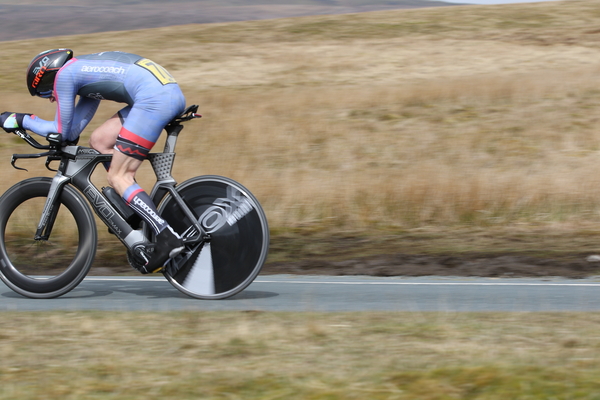 Race Season is here with earnest

The 2018 race season has well and truly begun.

Many riders have ben smashing out some awesome times on their Kronos R-9's in the early season.

Pete who is now being coached via our partners at Peaks Sports Consultancy has recently ridden a PB in a 10m Time trial and on Saturday knocked over a MINUTE off his 25m PB in the ESCA '25' in Kent. Pete is on fire and following his increased and structured training and his recent bike fit with Andy @ Peaks the results are showing!

Andy Jackson has started the season with 2 fourth places in two local 10m TT's as he (constantly!) fiddles with his position, but following some aero testing with partner AEROCOACH he has now nailed his best position. This showed as Sunday he rode the renowned 'Nelson Wheelers 50m TT'. Now that sounds sort of 'so what'... But then you realise it is 50.8miles, it has 3700ft of climbing and is not called the 'Circuit of the Dales' for nothing!

Andy rode to a course PB by a whopping 7 minutes of 2:07:58 and averaged an awesome 342watts power, The course is a true climbers course... Andy posted some very fast early strava segments on the flat stuff he is suited to, but the power drags and long climbs suited the likes of JLT Condor pro & winner James Gullen and pro triathlete Phil Graves.

Still an awesome result and great shots of this stunning bespoke Kronos in action.